They weren’t supposed to have feelings.

In a not-too-distance future, robots composed of metal for bones, electric cords for veins, and synthetics for skin are now available. For purchase. Eighteen-year-old Vienna Avery’s home is going to change forever, now that her mom purchased an Italian Chef Robot to cook and reside in their house.

The government claimed robots were indifferent, unthinking pieces of metal and elastic—assistance for the help of humans. Vienna never believed much of what the government said. The pieces didn’t always fit. And now Vienna knows why, because she’s uncovered the government’s secret: that robots have emotions, sucking Vienna into the underground world of feeling, thinking, and sovereign robots.

Alec Cypher is everything a robot is not supposed to be: deep, dark, and dangerously human.
And for some reason, he wants to save Vienna from the government’s prying, vindictive eyes. Going forward, Vienna will have to learn to trust robots and battle the growing feelings she never thought possible . . . feelings for the green-eyed, soul-searching robot named Alec.

You can find Sparked on Goodreads: https://www.goodreads.com/book/show/27152326-

You can buy Sparked here:

Sparked is set in a dystopian world where robots exist and it’s about this girl called Vienna, who is against them because she’s scared of what they could do in the future. Her life change a lot when her mother brings one of those robots into their house. With time she will learn a lot of things about herself, her family, she will discover some secrets from her government and also she will meet her true love.

I liked Vienna a lot, she was sweet,kind with everyone and a really cool friend 😀 . However, sometimes she was kinda selfish and childish in the way she saw the problems and reacted to them. But is true that she grows a lot throughout the book. What I liked the most about her was that she would realise how many people loved and worry about her. ❤

Alec is a protective, intelligent and real guy/robot. He’s real because he had done bad things that shamed him and he also had done good things but he doesn’t know if he’s a good or bad person, and I think people have those moments when they don’t know what kind of people are. 🙂

Sparked is a really interesting reading because of all the things about robots and because Vienna have to learn to get on well with them if she wants to live. The romance between Vienna and Alec is sweet and comprehensive, they both have their time to comfort or be comforted. ❤ However, there were times where Alec talked or did some things that made me feel like he was the Alpha in the relationship and I didn’t like that.

I have to tell this: Vienna, Alec and his path remember me the characters in Twilight, like they had almost the same personality but with their one characteristic. 😛

Sparked made my days while reading it 88% better

You should read it if you like robots, romance, action, dystopia, a little bt of mystery and Young Adult

Sheena Snow, contrary to her name, lives in South Florida and has only seen snow once. But she would love for it to land on her eyelashes and sparkle in her hair. She loves painting, candle making, orchid shows, tattoo conventions, hockey games and library book sales! After college she landed a full time job but kept serving pizza on the weekends and writing stories about characters she wished really existed, characters who never gave up no matter the obstacles life threw at them. At the age of twenty-six, she sold her first book and bought her very first puppy, a wonderful Yorkie named Aladdin.

There is a tour wide giveaway for the book blitz of Sparked. These are the prizes you can win:

¡Here is the rafflecopter giveaway!

2 thoughts on “Book Blitz: Sparked by Sheena Snow (US Giveaway)” 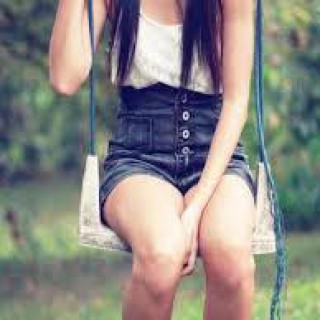